One of the highlights so far, has been seeing in the peak-hour Paris traffic, a Bugatti Veyron. This is not what many people would refer to as a town car (I was to later find out it was Chrion). The fuel tank will empty at top speed in 8 minutes. According to Google the car was only becoming available in September 2016, so this must be one of the first around, if not the first! At the time we were doing what people do in Paris, sitting at Cafe Ruc having a late afternoon drink, people watching. 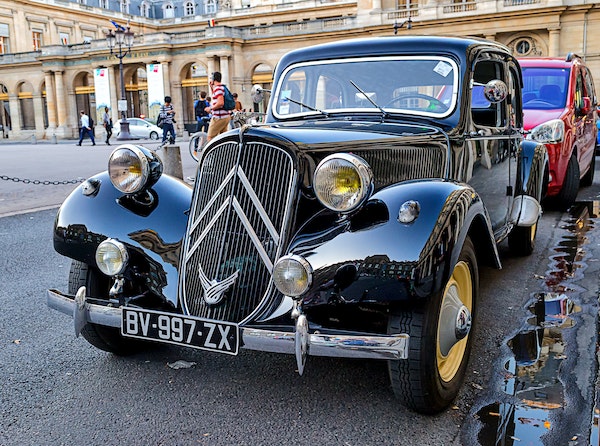 On the way back to the metro we found our car was just parked on the street. The owner was not in sight, the number plates appeared to be from the Middle East. Three cars up was a vintage black Citroen 4 door, and no one was around it, the owner told me usually it is his car that is surrounded by onlookers and photographers, I think he was quite pleased to have a distraction nearby, while he waits for the bride and groom to return. 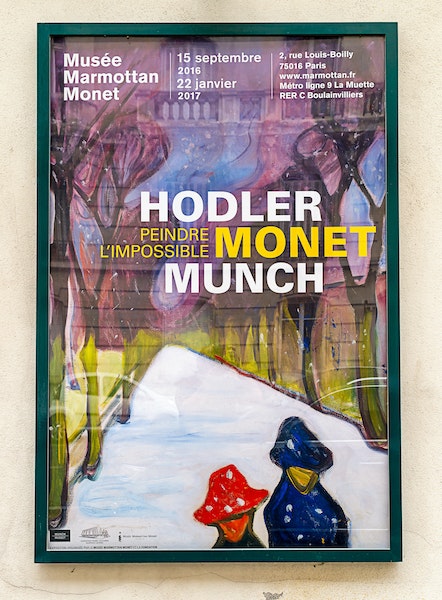 Last Sunday, we visited Musée Marmottan Monet, in one room we counted 34 Monet paintings ranging from a small A4 size to monster canvases depicting the usual water lilies as well as London Parliament House and many others. The mind boggles at the value that was in this one room. Nothing was behind glass, there were museum personal around but not intrusively. 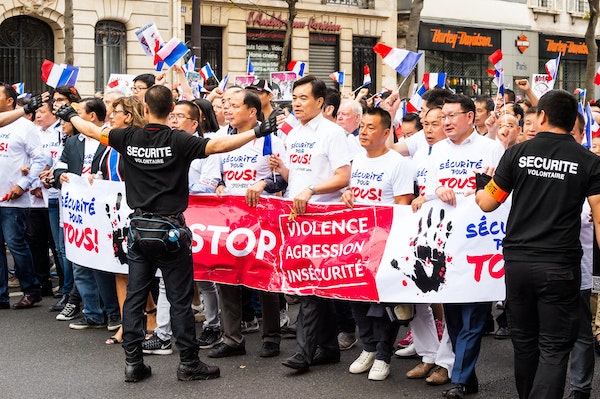 Boulevard Beaumarchais our street, is often used for protests as it leads from Bastille to République the place that all protests end or start. Last Sunday the Chinese were protesting for more protection from Violence, Aggression and Insecurity from the Romanies (We have not seen as many Romanies around this trip). It was a rather well organised rally, sponsored by Chinese Tourist Operators and coincided with the G20 meeting in China!

The weather at present is rather warm and humid much to Anne’s despair.